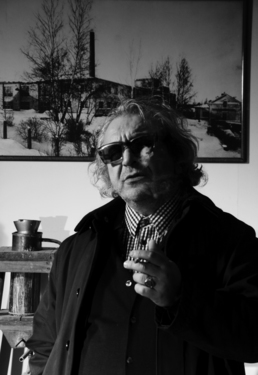 The Turkish artist Hüseyin Bahri Alptekin (1957-2007) studies aesthetics, sociology and art history at the universities of Ankara and Paris. In the beginning, the young academic takes a philosophical professional approach as a critic, photographer and author, but from the nineties onwards he becomes more and more active in the visual arts, with a strong thematic interest for globalisation, migration and cultural interaction.

Inspired by major geopolitical changes taking place in society – to be specific, the unstoppable force of capitalism, which takes place in all layers of society and almost everywhere in the world – he concentrates on his artistic research, on the quality, the objective truth and morality of the overriding consumption rationale. Concretely, he starts to show the dreams and illusions, which are presented to the population of the world as real, by including them in his metaphoric installations, slogan-like neon signs and confrontational photographic series.

Alptekin belongs to the first generation of Turkish artists, who were active and influential throughout the world. As the protagonist of the of the modern Turkish art scene, he is invited to represent his country at the Venice Biennale of 2007, with the installation Don’t Complain. He exhibited previously at the Biennale of São Paulo (1998), Manifesta 5 (2004), and was granted the UNESCO prize for the entirety of his oeuvre, which can be seen as the aesthetic conclusion of sociological research and political statement.

Alptekin strives for a radical ethnical positioning in his art, without raising the slightest suggestion of moral superiority. Nostalgia and melancholy are softly interwoven with transience and leniency. With that, Alptekin has always remained true to his academic origins: He is an aesthete and a moral philosopher camouflaged as an artist, and vice versa. 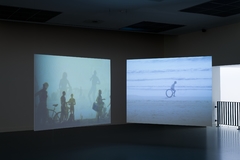 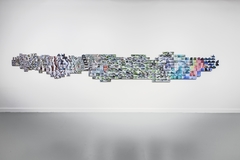