Goldin+Senneby (since 2004) is a framework for collaboration set up by artists Simon Goldin and Jakob Senneby; exploring juridical, financial and spatial constructs through notions of the performative and the virtual. Their collaboration started with The Port(2004-06); acting in an emerging public sphere constructed through digital code. In their more recent body of work, known as Headless (2007 -), they approach the sphere of offshore finance, and its production of virtual space through legal code. Looking at strategies of withdrawal and secrecy, they trace an offshore company on the Bahamas called Headless Ltd. A ghostwritten detective novel continuously narrates their investigations. Since 2010 their work has focused on The Nordenskiöld Model, an experiment in theatrical finance. 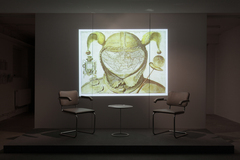 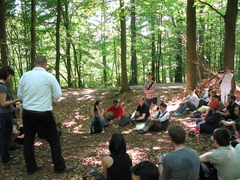 a walk in the Marly forest with Angus Cameron, spokesperson of Goldin+Senneby. Produced for: Kadist Art Foundation, Paris, 2010. Photo: Emil 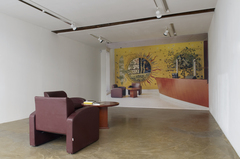