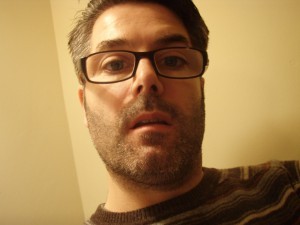 Gary O'Connor was born in London in 1963. He now lives and works in the fenlands of East Cambridgeshire. He studied at the Sir John Cass Department of Art in London where he completed a BA (Hons) in Fine Art in 2001. He then went on to complete an MA in Writing the Visual at Norwich School of Art and Design in 2007. He has had two solo projects to date: The Field at Transition gallery, London 2009 and Above and Below at Norwich Cathedral in 2005.

In 2007 O'Connor was selected for the Escalator literary program and was awarded a grant for development and research by the Arts Council.