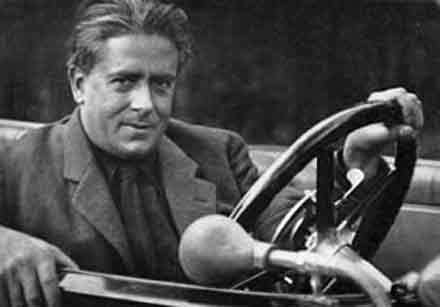 Francis Picabia was a French painter and writer. He became a friend of Guillaume Apollinaire and Marcel Duchamp. He participated in the 1913 Armory Show, visiting New York on this occasion and frequenting avant-garde circles. In 1915, which marked the beginning of Picabia’s machinist or mechanomorphic period, he and Duchamp, among others, instigated and participated in Dada manifestations in New York. In 1917, he published his first volume of poetry and the first issues of 391, his magazine modeled after Stieglitz’s periodical 291. For the next few years, Picabia remained involved with the Dadaists in Zurich and Paris, creating scandals at the Salon d’Automne, but finally denounced Dada in 1921 for no longer being “new.” The following year, he returned to figurative art. In 1924, he attacked André Breton and the Surrealists in 391. During the 1930s, he became a close friend of Gertrude Stein. By the end of World War II, Picabia returned to Paris. He resumed painting in an abstract style and writing poetry.

He was one of the major figures of the Dada movement in France and in the USA but remained as stubbornly uncategorizable as he was influential. In his rejection of consistency and of an identifiable manner, he called into question attitudes to the artistic process that had been regarded as sacrosanct and in so doing guaranteed the intellectual force of his ideas for subsequent generations of artists.