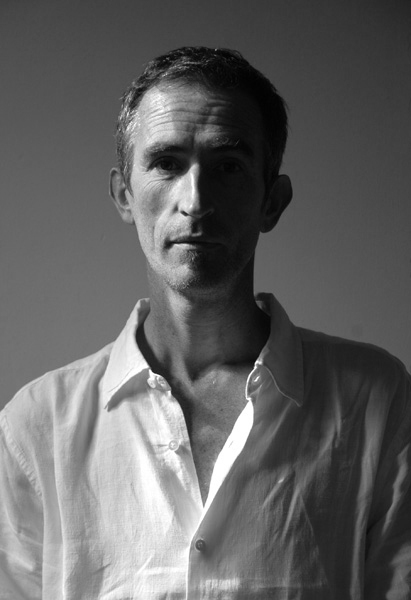 Francis Alÿs is a native of Antwerp, but since the end of the 1980s Mexico City has been his home. The artist offers his vision on the world in ways that include figurative paintings, performances (mostly ‘strolls’), drawings and sculptures, photography and videos. Trained as an architect, he is particularly interested in cities and urban dwellers. With a sharp eye and a strong sense of humor, he carries out simple but striking actions that bring all sorts of situations under the spotlight. In these actions, critical discussions ensue regarding social issues and include the question of art’s place in society. The big city, often in Latin America, comprises the imposing backdrop for his work. Anonymously and without drawing attention to himself, he creates his work during long walks (he calls them paseos) through the city. His critical oeuvre is characterized by gestures, at once radical and transient, often with a slight surrealist tint. For example, in his performance *Magnetic Shoes* (1994) he spent several days walking around Havana with magnetic shoes, collecting metallic refuse along the way, and so bringing the city into focus. At the Venice Biënnale in 2001, he let loose five peacocks in the national pavilion, an ironic wink towards the visitors at the opening ceremony. Francis Alÿs makes socially engaged art that springs from a boyish naivety: perhaps art cannot save the world, but at least it can get us to start thinking.