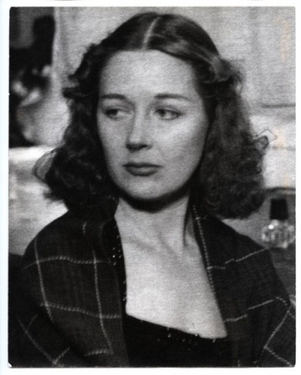 Dorothea Tanning studied painting in Chicago. In 1941, now in New York, she met the art dealer Julien Levy and his surrealist friends, refugees from Nazi occupied France. Late in 1942 Max Ernst visited her studio, saw a painting (Birthday), and stayed to play chess. They lived 34 years together, at first in Sedona, Arizona (a mere outpost at the time). Here she would continue to paint her enigmatic versions of life on the inside, looking out: The Guest Room, The Truth About Comets, Eine Kleine Nachtmusik, Interior with Sudden Joy, Insomnias, Palaestra, Tamerlane, Far From.

By 1956 Max and Dorothea had chosen to live and work thenceforth in France. Though Paris was headquarters, they preferred the country quiet lure in Touraine and Provence. These years included, for Dorothea Tanning, an intense five‐year adventure in soft sculpture: Cousins, Don Juan's Breakfast, Fetish, Rainy Day Canapé, Tragic Table, Verb, Xmas, Emma, Revelation or the End of the Month, Hôtel du Pavot Room 202.

Returning to the United States in the late 1970s, besides painting she gave full rein to her long felt compulsion to write. Her poems have since appeared in a number of literary reviews and magazines, such as The Yale Review, Poetry, The Paris Review, The New Yorker, The Boston Review, The Southwest Review, Parnassus, and in Best Poems of 2002 and 2005. Her published works include two memoirs, Birthday and Between Lives, a collection of poems, A Table of Content, and a novel, Chasm.