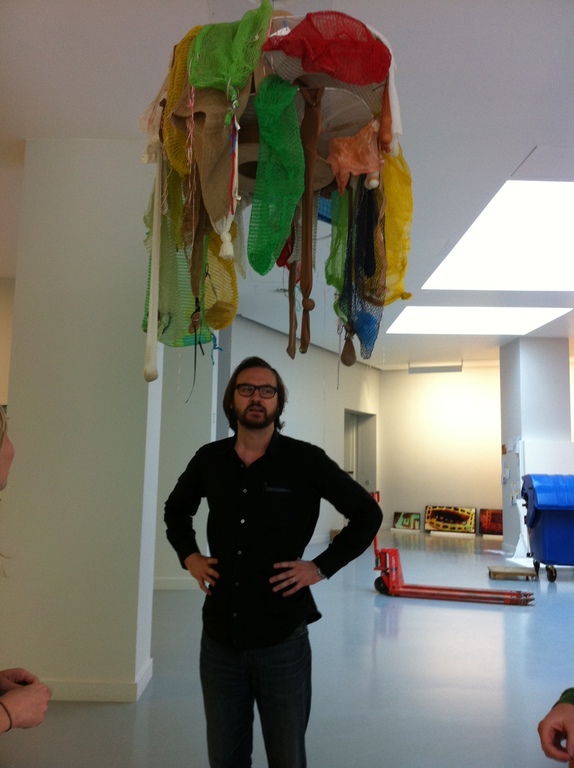 Based in Seoul (KP), born in KR, lives in Chicago (United States).

Dieter Roelstraete (°1972) was trained as a philosopher at the University of Ghent and worked as a curator at the Antwerp museum of contemporary art M HKA from 2003 until 2012. Today he is Manilow Senior Curator at the Museum of Contemporary Art (MCA) in Chicago.

His curatorial projects there include Emotion Pictures; Intertidal, a survey show of contemporary art from Vancouver; The Order of Things; Auguste Orts: Correspondence; Liam Gillick and Lawrence Weiner - A Syntax of Dependency; Chantal Akerman: Too Far, Too Close and the collaborative projects Academy: Learning from Art, The Projection Project and All That Is Solid Melts Into Air. In 2005 he co-curated Honoré d’O: “The Quest” in the Belgian pavilion at the 51st Venice Biennale.

He has also organized solo exhibitions of Roy Arden (Vancouver Art Gallery, 2007), Steven Shearer (De Appel, Amsterdam, 2007), and Zin Taylor (Ursula Blickle Stiftung, Kraichtal, 2011), as well as small-scale group shows in galleries and institutions in Belgium and Germany. He was editor of Afterall, a contributing editor to A Prior Magazine, and one of the founders of FR David. Roelstraete has published extensively on contemporary art and related philosophical issues in numerous catalogues and journals.

> Ensemble: Books on and by Jimmie Durham.