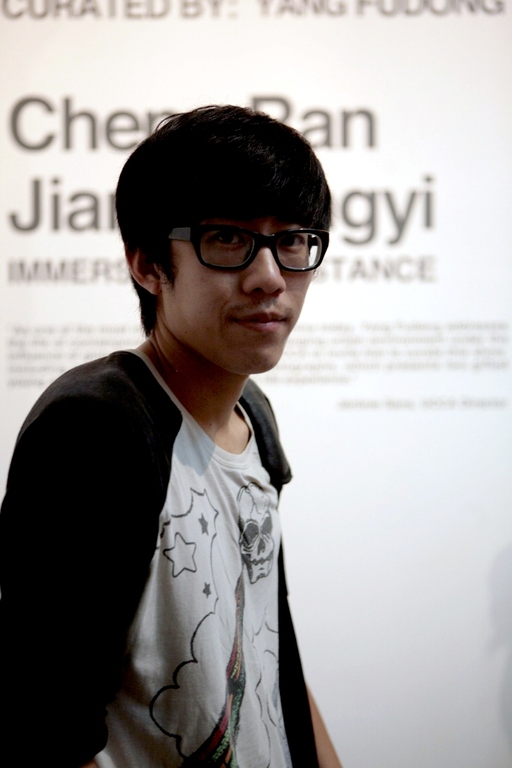 Cheng Ran was born in Inner Mongolia in 1981 and is currently based in Hangzhou (China) and Amsterdam. He has participated in the Residency Artists Studio Project in the Rijksakademie van Beeldende Kunsten in Amsterdam in Netherlands. Cheng’s oeuvre mostly consists of video and film, as well as photography and installation works. Cheng’s video works are praised for its eclectic form in which films are integrated into the poetic culture of contemporary age. His works convey a young perspective on the unsolvable issues in life, such as problems regarding identity, and life and death, and the anguish felt by young Chinese people living through the globalized Chinese culture and cultural policy. Recent exhibitions include KINO DER KUNST film festival in Munich, Germany, and also the 26th European Media Art Festival in Osnabrück, Germany “Moving Image in China: 1988-2011″ (a retrospective that surveys the brief history of Chinese video art, Minsheng Art Museum, Shanghai, 2011), “Farewell to Post-colonialism: The Third Guangzhou Triennial” (Guangdong Art Museum, 2008), “The Tell-tale Heart” (James Cohan Gallery Shanghai and New York, 2010, 2011), “In A Perfect World…” (curated by former Hammer Museum curator James Elaine, Meulensteen Gallery, New York, 2011), etc. Cheng Ran has also received a nomination for the “2013 Absolut Art Award”.In 2011, he won the “Best Video Artist”in Dead Rabbit Awards held by online art magazine Randian.