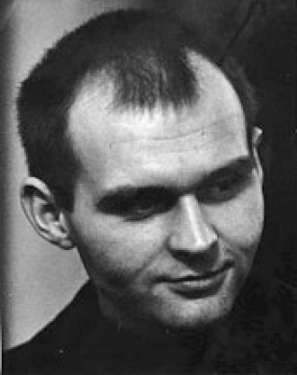 Carl Andre (1935, US, lives in New York) is an iconic representative of Minimal Art, a sculptor working with natural and industrially produced materials (timber, metal plates, bricks, hay bales) and showcasing them ‘as they are’, unadulterated and ‘merely’ arranged in strict visual formations on the floor. Andre makes us experience the properties of matter, form, structure and place. A direct sensation of presence is the core value of his art. He says: ‘My sculptures are the result of physical operations in the material world.’ Andre has exhibited in Europe, not least in Belgium and the Netherlands, since the mid-1960s.

After a brief enrollment in Kenyon College, Gambier, Ohio, Andre earned enough money working at Boston Gear Works to travel to England and France in 1954. The following year, he joined United States Army Intelligence in North Carolina. In 1957 he settled in New York and worked as an editorial assistant for a publishing house. Shortly thereafter, he began executing wood sculptures influenced by Constantin Brancusi and by the black paintings of his friend Frank Stella. He was a leading member of the Minimalist movement, which coalesced during the early to mid-1960s. In addition to making sculpture, he also began to write poems in the tradition of Concrete Poetry, displaying the words on the page as if they were drawings. From 1960 to 1964, he was a freight brakeman and conductor for the Pennsylvania Railroad in New Jersey. Andre’s first solo show was held in 1965 at the Tibor de Nagy Gallery, New York. In the 1970s, the artist prepared numerous large-scale installations, such as Blocks and Stones in 1973 for the Portland Center for the Visual Arts, Oregon, and outdoor works, such as Stone Field Sculpture in 1977 in Hartford. He continues to emphasize material and spatial specificity. He lives and works in New York. 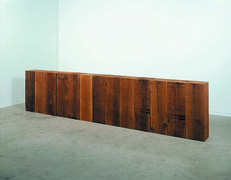 Billy Builder, or the Pai...

The works selected for this category are clear and strong, both in their idea and their form. They are ‘essential’ because they refuse to com