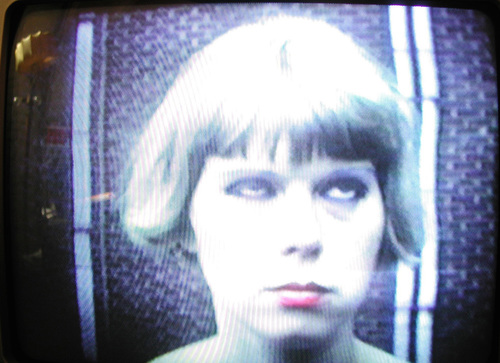 Anne-Mie Van Kerckhoven / AMVK (°1951, Antwerp, Belgium), studied graphic design at the Fine Arts Academy of Antwerp and has been prolific in her output of drawings and other works on paper and synthetic material, as well as short videos, since the early eighties. A straightforward feminist tone pervades in all her works, in which the erotic meets machine-fetishism. She explores the relation between art, science, politics and social issues. For years she worked in the periphery of the Artificial Intelligence Laboratory in Brussels, where the functions of the human brain are studied and reconstructed. There she explored the uneasy accessible area of the unconscious. Hence, she positioned herself within a reviving tradition where scientists and artists try to collaborate and attempt to achieve a more humane society.

In 1994 AMVK wrote: "My installations deal with topical problems of contemporary survival related to the restoration of impaired functions of the central nervous system. The fundamental principles underlying the work of the brain, which enabled it to function for many years without interruption, today command the interest of experts not only in philosophy and science, but in art as well. This is because these principles can be utilised to make survival mechanisms more reliable."

She is occupied with the ways in which invisible forms of self organisation are working within certain systems. And how they attach themselves each time to the systems own logic. Interior, if not domestic spaces often serve as settings for her drawings and collages, from which dream-like futuristic enactments between human and machine-like forms unfold. In the nineties, hand-made paper works gave way to computer graphics, while text has always featured alongside images, underlining the message of Van Kerckhoven's proud, sometimes exhibitionist female figures, like song-lyrics. Music plays an important role in her creative production in parallel to her visual output, and she and Danny Devos have stood as a key pair of the Antwerp experimental music scene under the band name Club Moral (1981-now).

"When a mindset structures, analyses and classifies new knowledge and the perceptions of its appearance, then that mindset transforms itself into a vital, vibrant new abstract that lifts me up. It supports immediately the train of work that is vital to my personal existence and evolution. In 1979 I made my first installation and titled it 'Art:Science=Future:Logics'. Any scientific article bearing an utopian undertone and any logical reflection on the systematics of perception push me to go further in my quest for what made the mind make the mind. And for linking this issue with the necessity, the inevitable urge for bringing new things in the world, such as 'artefacts'."

Anne-Mie Van Kerckhoven is represented by Zeno X Gallery in Antwerp (B) and by Galerie Barbara Thumm in Berlin (D).

There is more to read on; http://amvk.ensembles.org/ 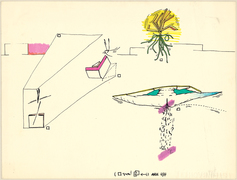 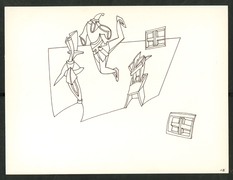 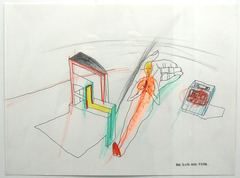 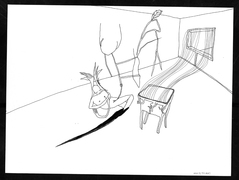 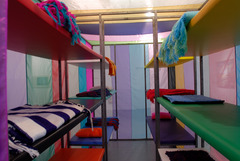 In a Saturnian World 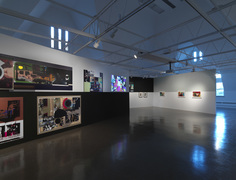 20 June 1983 - 25 June 1983.
In the very small space of ProduKtionHAIR I hung 10 transparent plastic folios on rubber wires. The folios hang in a certain order, and repre 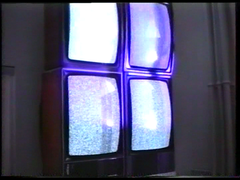 Roelandt was a Belgian performer, installation artist and photographer, who was born in Aalst in 1960, and died in Antwerp in 2015. In the 19