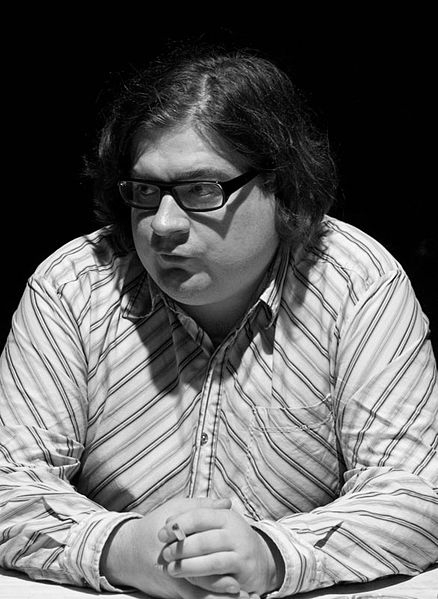 Anatoly Osmolovsky is not only an artist, yet also theoretician, curator, publisher and performance activist.

Another aspect of Osmolovsky's performative and activist practice consists of the 'movements' he has founded and directed: the E.A.T. movement (Expropriation of Art Territories) in the period 1990-1992, the movement Vote Against Everone! Now! In 1998, and in 2000, the Radek Community. He has also published art (theory) magazines: Radek (1993-1994) and Baza or base (2010-...).

>Video of Osmolovsky's 2005 performance "Order for the Army of the Arts", during the opening of the 2005 exhibition Angels of History at M HKA.